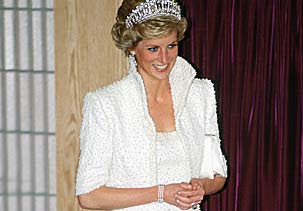 It was the LBD worth a thousand words—in 1994, just as a documentary regarding her husband's infidelities was airing, a lithe and leggy Princess Diana strolled into a Serpentine Gallery benefit wearing a figure-hugging ruched minidress from Greek designer Christina Stambolian. The next day, every front page was devoted not to the Prince of Wales's televised confession, but to images of the glowing, confident 32-year-old Diana. Ever mindful of the power of fashion, three years later she auctioned off 79 of her favorite gowns at a Christie's auction that raised $6 million for AIDS and breast cancer charities. Click on for more of the late royal's most unforgettable looks. 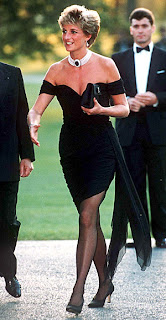 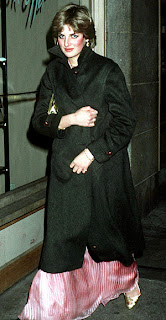 1981
She collaborated on her wedding gown with little-known design team David and Elizabeth Emanuel. "In the end, the design process was quite simple because it was just the three of us," the duo wrote in A Dress for Diana. They had the future princess slip sample dresses on over her jeans: "She was terribly excited to be trying on huge bouffant petticoats, satin skirts and boned bodices." The final garment was made of British-woven silk and featured a dramatic 25-foot train. 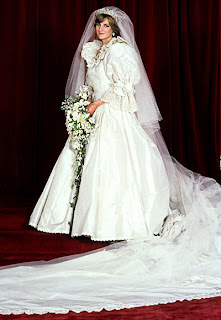 1982
The expectant princess made headlines in a single-shoulder drop-waist Bruce Oldfield gown in vivid blue silk. "The English rose syndrome was never my bag," the designer once told a biographer. "I liked to see her in much simpler things." 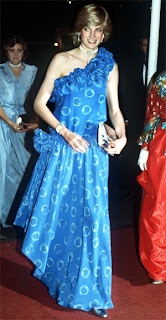 1985
For an appearance in Melbourne, Australia, Diana accented a single-shoulder gown with an emerald-and-diamond choker worn as a tiara. The necklace was a wedding gift from the Queen, who likely imagined the deco treasure being worn in a more conventional way. 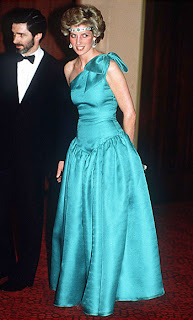 1987
Victor Edelstein based this navy velvet column gown on Edwardian evening designs. The princess famously wore it for a spin on the White House dance floor with John Travolta. 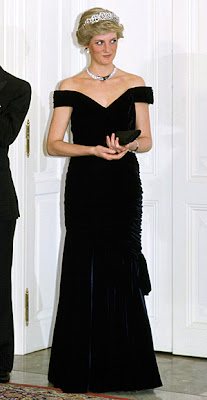 1988
Proving that she needed little more than her statuesque frame to make an impression, she strolled the grounds at the Guards Polo Club in jeans and a sweatshirt topped by a crisp blazer. 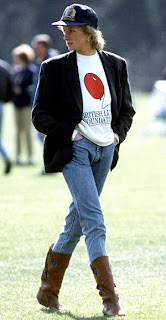 1989
The princess coupled her beaded ball gown from Catherine Walker with the Spencer tiara. She had dresses altered for future wearings; a version of this gown with a narrow skirt would later sell at auction for $51,750. 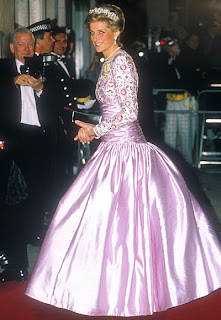 1989
The high collar on this Catherine Walker pearl-encrusted bolero was inspired by Elizabethan ruffs. The less historically minded press christened the ensemble "the Elvis dress." 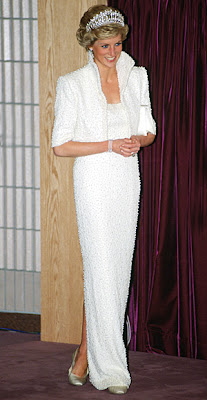 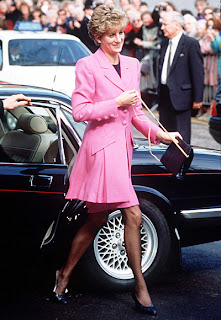 1995
As a royal, Diana was required to wear British designers to boost the local economy. Post-separation, Diana donned international couture like this crimson Christian Lacroix dress, worn in Paris. 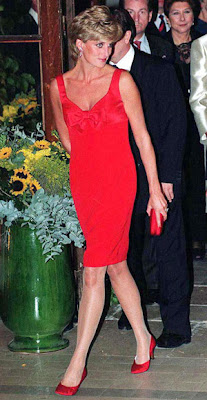 1995
She showed off her toned shoulders in a plunging beaded cocktail dress by Catherine Walker. 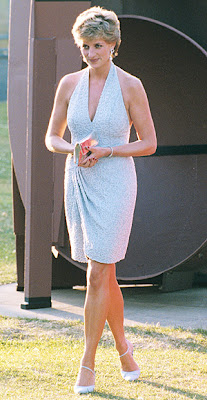 1995
Gianni Versace designed her Jackie O-inspired pink suit for a visit to the nation's troops. Her pillbox hat was from Philip Somerville. 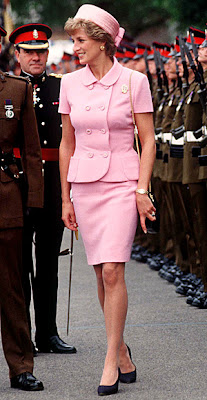 1997
Diana met with Mother Theresa in New York in a simple white suit and cap-toed pumps. 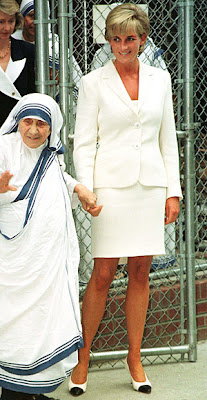 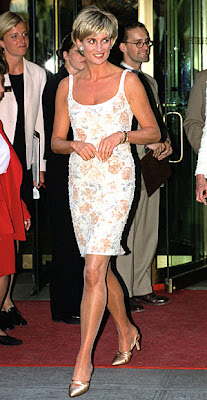